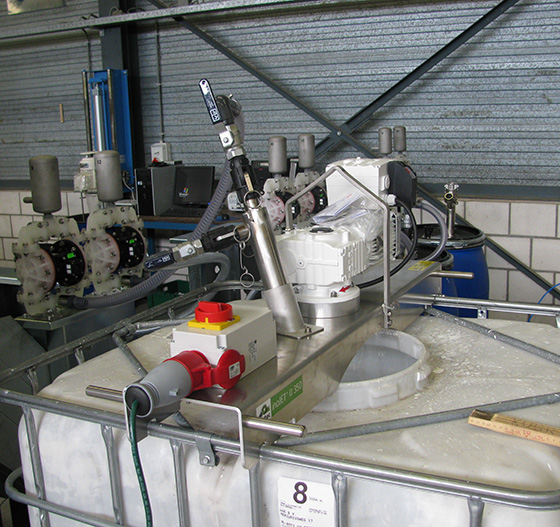 Our IBC agitators maintain the homogeneity of the base components that are contained in IBC containers to feed the dispensing system.

The pneumatic agitators (version 1 and 2) are directly connected to the air supply, meaning that they mix constantly. Optionally, the equipment can be delivered with pneumatic controls for the air supply and the agitator. This enables the configuration of the mixing cycles in the GSE Ink manager software. You can then programme the mixing to take place during circulation or during circulation and dispensing. The pneumatic agitators are suitable for both water-based and solvent-based inks. The solvent-based models feature an explosion-proof specification as standard.